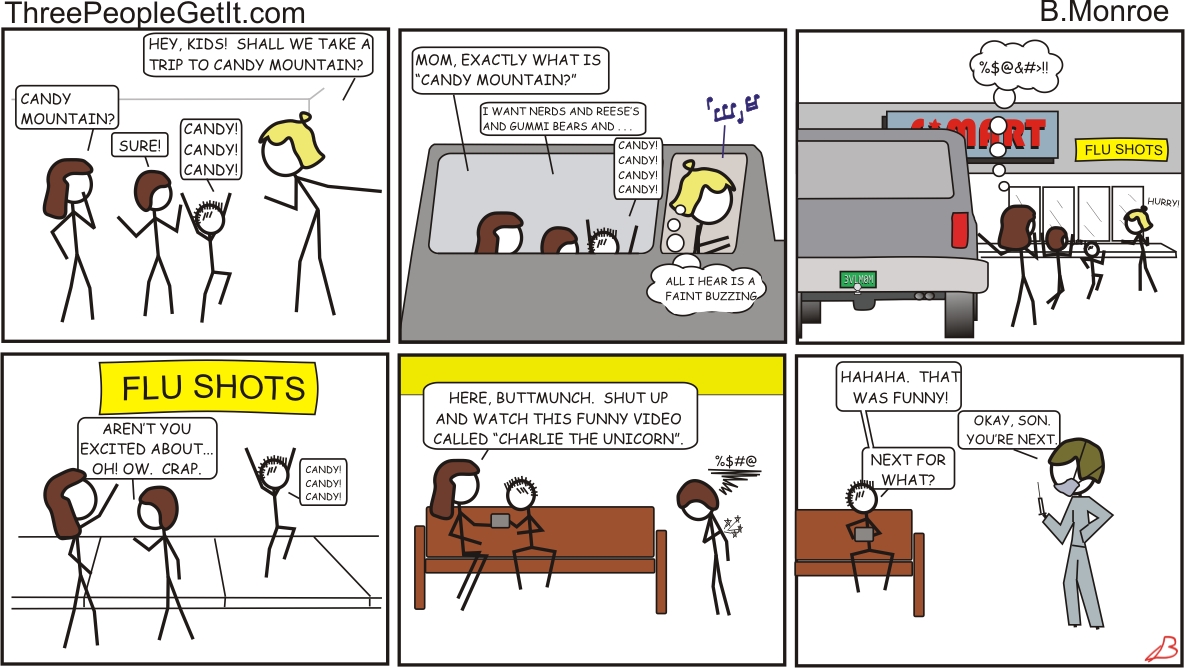 16th Mar 2011, 12:16 AM
Rate this comic
Permalink: https://ThreePeopleGetIt.thecomicseries.com/comics/pl/133626
Author Notes:
CryptoKnight 16th Mar 2011, 12:16 AM
edit delete
Okay, this one is different. It's the second one which is a true story (modified to fit within the confines of a six-panel format). The other is my March 4, 2011 installment. I went to my three kids (roughly 15, 12 and 10 at the time) and said "we're going to Candy Mountain!" and it pretty much progressed as shown here, with my eldest catching on first, then my middle, and my youngest not getting it until THE MOMENT.

They still cringe when we drive by Walgreens.

Two homages here: That's an "S MART" (Army of Darkness) and the mom's comment, "All I hear is a faint buzzing" was originally said by the pointy-haired boss in a Dilbert cartoon.